Through a glass darkly, but with more understanding of arthropod origin

Tae-Yoon Park based on reviews by Gerhard Scholtz and Jean Vannier
A recommendation of: 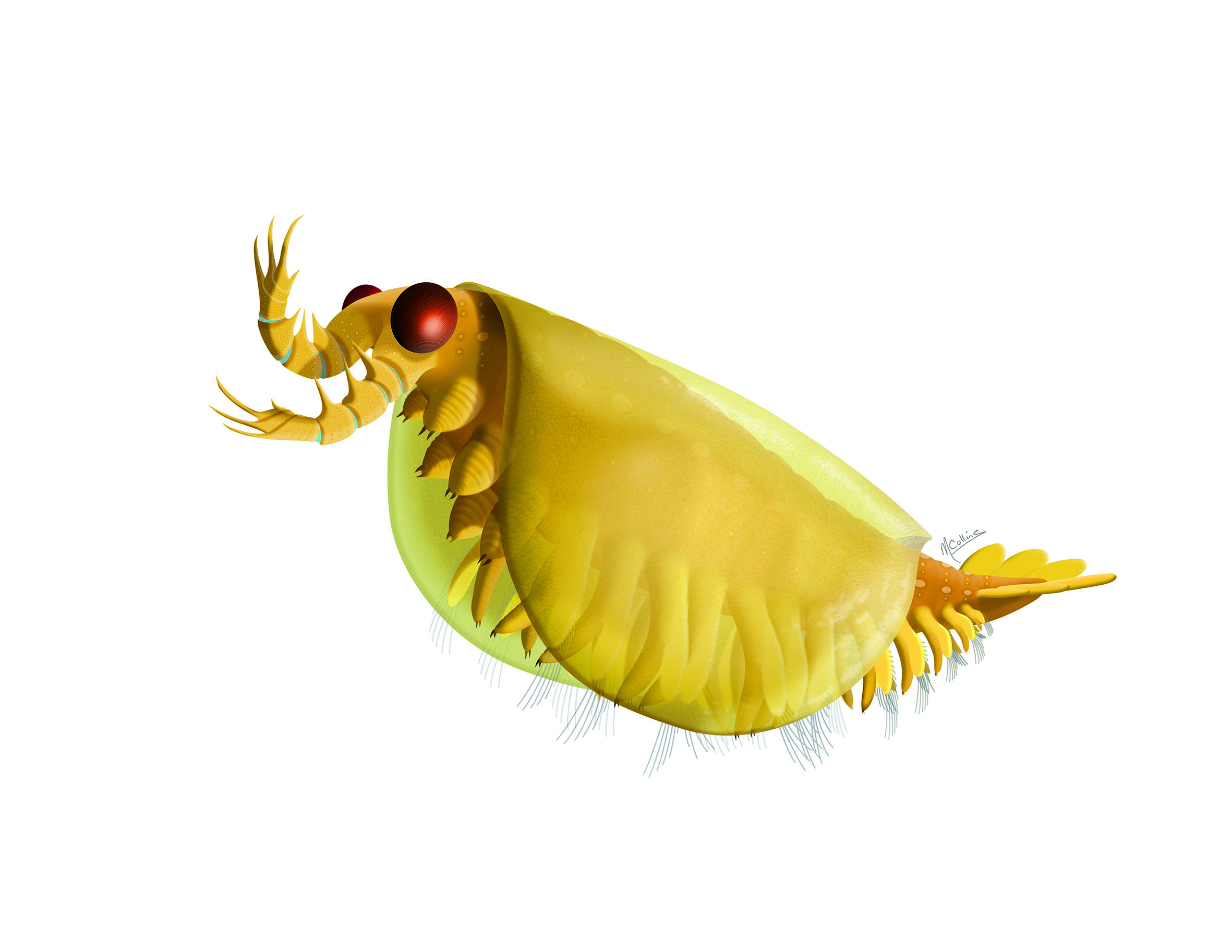 The origin and early evolution of arthropods

The rise of arthropods is a decisive event in the history of life. Likely the first animals to have established themselves on land and in the air, arthropods have pervaded nearly all ecosystems and have become pillars of the planet’s ecological networks. Forerunners of this saga, exceptionally well-preserved Palaeozoic fossils recently discovered or re-discovered thanks to new approaches and techniques have elucidated the precocious appearance of extant lineages at the onset of the Cambrian explosion, and pointed to the critical role of the plankton and hard integuments in early arthropod diversification. Despite new interpretative challenges, phylogenetic advances based on palaeontological evidence open the prospect of finally using the full potential of the most diverse animal phylum to investigate macroevolutionary patterns and processes.

Arthropods constitute 85% of all described animal species on Earth (Brusca et al., 2016), being the most successful animal phylum at present. This phylum did not even have a shabby beginning. The fossil record shows that they were dominating the sea even in the early Cambrian (Caron and Jackson, 2008; Zhao et al., 2014; Fu et al., 2019). This planet is and has been indeed dominated by arthropods. Within the context of the Big Bang of animal evolution known as the Cambrian Explosion, delving into the origin of arthropods has been one of the all-time fascinating research themes in paleontology, and discussions on the ‘origin’ and ‘early evolution’ of arthropods from the paleontological perspective have not been infrequent (e.g., Budd and Telford, 2009; Edgecombe and Legg, 2014; Daley et al., 2018; Edgecombe, 2020).

In this context, Aria (2021) provides an interesting integration of his view on arthropod origin and early evolution. Based on well-preserved Burgess Shale materials, together with other impressive researches mainly with Jean-Bernard Caron (e.g., Aria and Caron, 2015; Caron and Aria, 2017), Cédric Aria made his name known with papers searching for the stem-groups of the two major euarthropod lineages, the Mandibulata and the Chelicerata (Aria and Caron, 2017, 2019), for which (and for his subsequent researches) assembling a large dataset for arthropod phylogeny was inevitable. Subsequently, there have been several major discoveries which could improve our understanding on early arthropod evolution (e.g., Lev and Chipman, 2020; Liu et al., 2020; Zeng et al., 2020). For Cédric Aria, therefore, this timely presentation of his own perspective on the origin of early evolution of arthropods may have been preordain.

This review stands out because it discusses almost all aspects of arthropod origin and early evolution that can be possibly covered by paleontology (many, if not all, of which are still controversial). Some of his views may be considered a brave attempt. For instance, based on the widespread occurrences of suspension feeders, Aria (2021) proposes the early Cambrian “planktonic revolution,” which has been associated rather with the Great Ordovician Biodiversification Event (Servais et al., 2016). Given the presence of lophotrochozoans and echinoderms in which the presence of planktonic larvae was likely to have been one of the most inclusive features, the “early Cambrian planktonic revolution” might be plausible, but I wonder if including arthropods into the “earlier revolution” can be readily acceptable. Arthropods arose from direct-developing ancestors, and crustaceans (the main group with planktonic larvae) are pretty much derived in the arthropod phylogenetic tree. Trilobites, inarguably the best-studied Cambrian arthropods, for example, began with direct-developing benthic protaspides in the early Cambrian and Miaolingian. The first hint of planktonic protaspides appeared in the Furongian, and it was not until the Tremadocian when such indirect developing protaspides began to be widespread (Park and Kihm, 2015), which complies well with the onset of the ‘Ordovician Planktonic Revolution’ in the Furongian, as suggested by Servais et al. (2016).

But in general, this review presents well-organized views worth hearing, and since many of the points are subject to debate, this review could be a friendly manual for those who have similar views, while it could form a fresh ground to attack for those who have disparate views. One of the endless debates in arthropod research comes from the arthropod head problem (Budd, 2002), which centers on the homology of frontal-most appendages in radiodonts, megacheirans, chelicerates, and mandibulates, as well as on the hypostome-labrum complex. Based on recent interesting discoveries of early arthropods from the Chengjiang biota (Aria, 2020; Zeng et al., 2020), Aria (2021) pertinently coined a term ‘cheirae’ for the frontalmost prehensile appendages of radiodonts and megacheirans, implying homology of them. I assume that not all researchers would agree with this though, as well as with his model of hypostome/labrum complex evolution. Notorious disaccords have also occurred around the phylogenetic positions of early arthropods, such as isoxyids, megacheirans, fuxianhuiids, and artiopodans; different research groups have invariably come up with different topologies. Cédric Aria has presented his own topologies (Aria, 2019, 2020), and figure 2 of Aria (2021) summarizes his perspective very well in combination with major character evolutions.

What makes this review especially interesting is a courageous discussion about the origin of biramous appendage, a subject that has been only briefly discussed or overlooked in recent literature. In the current mainstream of this debate lies the concept of ‘gilled lobopodians’ (Budd, 1998), which was complicated by the weird two separate rows of lateral flaps of Aegirocassis (Van Roy et al., 2015). Aria (2021) adds an interesting alternative scenario to this: biramicity originated from the split of main limb axis, as seen in the isoxyid Surusicaris (Aria and Caron, 2015). The figure 3d of his review, therefore, is worth giving thoughts for any arthropodologists who are interested in the origin of arthropod legs.

It is true that our understanding of the origin and early evolution of arthropods is still in a mist. Nevertheless, we have recently seen advancements, such as those aided by new types of analysis (Liu et al., 2020), the discoveries of new early arthropods with unexpected morphologies (Aria et al., 2020; Zeng et al., 2020), and the groundbreaking Evo-Devo research (Lev and Chipman, 2020). We will keep jousting on various aspects of the origin and early evolution of arthropods, but for some aspects we are seemingly heading for the final, as implicitly alluded in Aria (2021).

Aria C (2019). Reviewing the bases for a nomenclatural uniformization of the highest taxonomic levels in arthropods. Geological Magazine 156, 1463–1468.

Your manuscript entitled “The origin and early evolution of arthropods” have been reviewed by two referees. Reviewer 1 (Dr. Gerhard Scholtz) replied with annotated pdf containing many questions, while Reviewer 2 (Dr. Jean Vannier) requested a minor revision. When submitting a revised version, please include an Author’s reply which addresses the changes you have made to cope with the reviews.

No user comments yet
Log in Register
Submit a preprint